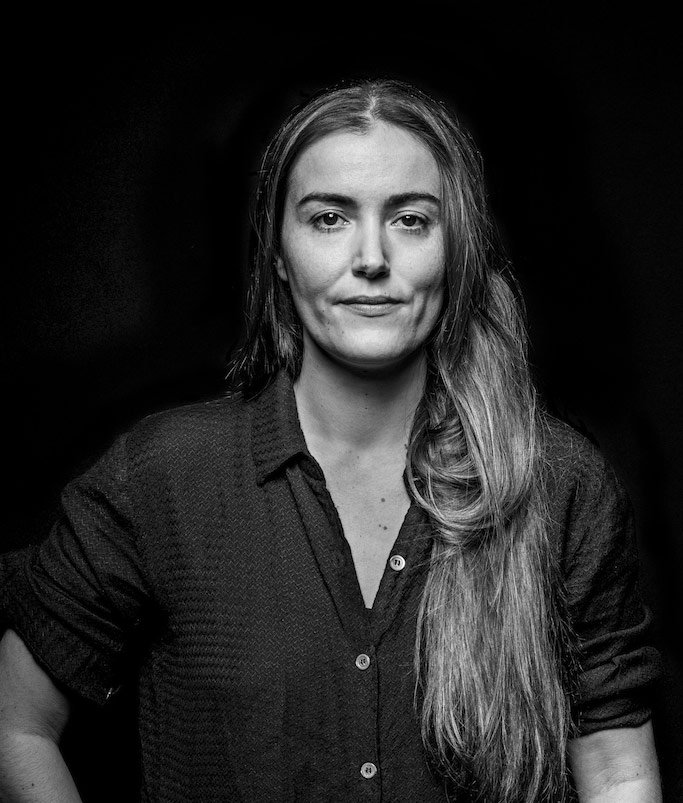 Where to begin? Alexandra Waierstall’s choreographies seem to have no beginning. At least not a dramatic one. They seem to simply say: Let’s go! They also give the impression that something has already been there before. The dancers appear, a video appears on the screen or a light on the floor, but basically, the audience has simply jumped in at a certain moment and considers this the beginning, as it is what happens after the silence and after the hall has fallen dark. This shaking or mirroring of the present is an essential component of Alexandra Waierstall’s dance art, both on a large scale in terms of her work, and in the smallest detail of individual movements or relations between the dancers.

The inquiringly sensitive and subtle manner of dealing with the subject of time, or to be more precise, the perception of time, which is not satisfied with the imperative “that’s just how it is” in the form of well-executed dance elegance on stage, demands a very alert eye. Precise observation and an in-depth wandering of the senses. Because the shifts, cuts or unfoldings are not explained. No discoloration of the image indicates, as in a film, a retrospective or a dream sequence. The choreographer doesn’t force the solution to the riddle on her audience, but instead invites them to listen to life experiences and feelings while deciphering it.

She lets her dancers work on time like in a mine. This would not be possible without a location, a room. They must find what they are looking for there. They have to find themselves, find it, find something that was already there or can be there in the future. They dig, they scrape, they perhaps explode. Let the air coagulate around them or their own fluidity. That’s why they sometimes just stare. Or condense the course of things into a single position like a sculpture. They caress or embrace, feel on their skin the other that they are not − or are they?

It is always about “crossing borders”, whereby the borders themselves and who has drawn them are less important than the movement across them. Over them. “Crossing Borders” was the name of the piece with which Alexandra Waierstall first presented herself at the tanzhaus nrw in Düsseldorf as a choreographer in 2007. She laid out fragile lines, buried the head of a dancer under the ground, while his breath could be heard over microphone, and on a video the evening sank over Nicosia, the divided city, her home.

Cyprus is the country of her mother, the choreographer Arianna Economou. Alexandra Waierstall was born in London in 1979, but grew up in Cyprus. Bilingual. In an earlier conversation, she recalled that one rarely went to the north, the other, Turkish part of the country. The smells were different behind the border. As a teenager, Alexandra’s plan was to study music. But she changed her mind after attending a workshop by Steve Paxton, a frequent guest at her parents‘ home. The famous American dancer and founder of “Contact Improvisation” worked with the blind. Dancing alongside them, the young woman learned how different the perception of time and space configurations can be without the sense of sight. She realized that this can also be dance: not just limited to the two-dimensional frontal! This is how she sums up her discovery. She studied dance and then choreography at the European Dance Development Center (EDDC), at ArtEZ in Arnhem in the Netherlands, and in Düsseldorf. With her choreographies she tries to convey this inner, vitalizing 3D experience, i.e. to translate it into theater time.

Another artistic root, besides the American postmodernism that inspired her, lies in Wuppertal, the city of her grandmother and her father, visual artist Horst Weierstall. Whenever possible, they went to Pina Bausch’s dance theater. And although these pieces and those of Alexandra Waierstall are worlds apart, the work on the mine of memories, with time shifts and time entanglements, is something they have in common. Waierstall’s piece titles also point in this direction: Archaeologies of a near future, Matter of Ages, Tomorrow in Present tense, A CITY SEEKING ITS BODIES, And here we meet, (T)here And After.

In 2013, she received the City of Düsseldorf’s Förderpreis, and from 2014 to 2016 she was resident artist at the tanzhaus nrw, whose new director Bettina Masuch continued the support of her predecessor Bertram Müller for the choreographer. Alexandra Waierstall’s works, including installations, interventions, sound design and images, have been shown at festivals in Greece, Western and Southern Europe, the Far East and Canada and guest performances shown in theaters in Germany, Scandinavia and Brazil. In the 2018/19 season she worked for a state theater for the first time, for the company “tanzmainz”. So far she has hand-picked her dancers for her pieces for two to seven people, always great experts in their field. Their virtuosity consists of the embodiment of a paradox, the dance on a perpetual border crossing: to be completely themselves, genuine, modest – and something completely different, significant and transformable. Sometimes they appear as if animals, trees or stones have moved into their human existence, sometimes they create wind, sometimes something blows them around. Borders of identity can also be crossed.

That calls for a closer look. When it comes to caring: Alexandra Waierstall is concerned about man’s relationship to nature or the environment; the mother of two mentions this rather incidentally in conversation. Here, her work is political, pointing out the vulnerability and beauty of people and their fellow creatures and the earth. However, she leaves it up to the audience to draw this conclusion. Her art never reads like a pamphlet. It was the common interest in this direction which finally brought her into contact with Düsseldorf-based pianist and composer HAUSCHKA, alias Volker Bertelmann. His album title at that time, “Abandoned City”, appealed to her. And his music with an altered piano attracted the long-time John Cage fan in her. The cooperation began in 2015; ANNNA³. The Worlds of Infinite Shifts is now their fourth collaboration

Where to? The choreographies, which Alexandra Waierstall always develops together with the dancers, do not prescribe steps and phrases calibrated down to the last centimeter, but rather sequences of events, actions, placements, the execution of which the dancers decide at the moment of performance, similar to that of her colleague Emanuel Gat. That’s why she doesn’t choreograph “to” music, but rather the music is a player in its own manner. It can react, intervene, accompany. Be silent.

One grows into the next: Alexandra Waierstall builds certain moments of movement from one piece into the next by taking this “material”, as she calls it, into her hands once again, pressing it, turning it, stretching it. As a spectator you may overlook this, but her works do actually seem to learn from those before them and take things one step further – on a path that is just beginning to emerge… While her dancers once stood for the light, the fragile, in the new trio you discover more strength, more muscles. Fists. The being without eyes in the first scene seems to be defending a place that no longer seems to belong to him at all. Another of her artistic principles: “There is no arrival”.